Should You Go Video Viral?

In a testament to our virtual world and the accompanying seemingly unstoppable popularity of video, consider this: 100 hours of video are uploaded to YouTube every minute. Think about that: Over 4 days’ worth of video each minute of each hour of each day. 4 DAYS of video. Now, will your customer sit down and watch 4 days of video about your product or service? Heck no. But, if you can capture even a few minutes of time, estimates say that after watching a product video viewers are as much as 85% more likely to buy. And that doesn’t even account for the intangible brand awareness that comes with non-product videos.

Internet ad revenues jumped 17% between 2012 and 2013 alone, and video has increased its share to become the fourth largest digital advertising format (behind search, display/banner and mobile). Online advertising is expected to double in the next five years, with video advertising driving the train. By 2019, projections put video advertising on desktop devices at nearly 55% of online desktop display ad revenue. Adding to that, Facebook recently surpassed 1 billion daily desktop views (spurred by autoplay but no less impressive). The take-home? You’ve heard of the viral video? Well video itself is on the verge of going viral.

How do you know what people want to see? The most popular video on YouTube in 2014 was Mutant Giant Spider Dog (a guy dresses his dog up as a spider and lets it loose on the dark city streets to freak people out). Much like Shakira’s hips, the numbers don’t lie: 58% of Internet users look for comedy/humor in their videos, 56% how-to, 50% education or music and 45% news.

Which brings us to our Top Three Video Tenets:

Bottom line: Get creative, and think outside the oh-so-cliched box. Your product (or service) doesn’t have to be sexy to sell – witness ShamWow!, with tens of millions of YouTube hits, plus parody videos drawing millions more views. Or the squeaky clean Dove brand, attracting 18 million views with its evolution video.

Not sure viral’s in your blood? It’s in our veins, thanks to a love of giant spider dogs, puppies, bendable iPhone tests and other YouTube atrocities – let us open your eyes to the possibilities and power of viral video. With our turnkey video services, we can help you take it from action to active results, from short- and long-form production to Youtube, Facebook and Google video ad campaigns. Contact Randy McDaniels, rmcdaniels@mcdmarketing.com or 309-346-7412. 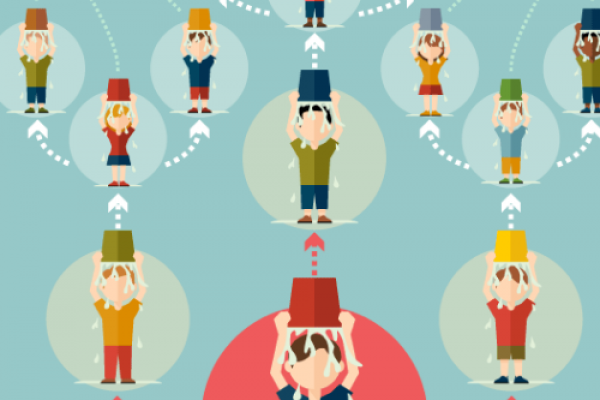