4 Marketing Mantras You Can Take from Pokémon GO

Going hunting today? If you’re like most of the McTeam, you’ve made Pokémon Go your go-to partner for lunch. And breaks. And happy hour. And…

Less than a month after launch, the game already boasted more active users than Twitter, plus more than 30 million downloads in the U.S. An impressive 87% of people who downloaded it are still playing it. While it seemingly exploded onto the scene, some hard-core strategy went into making this game (augmented) reality – so how’d they do it, and what can we learn?

The gist of the game: It uses augmented reality technology to turn your smartphone into a Pokémon-hunting tool. With your phone map as your guide, you “hunt” Pokémon. The phone buzzes when a creature or potential location is near. Your phone’s camera projects the Pokémon into your real world. Using digital Poké Balls, you capture the creature. At a certain point in the game, you’re asked to choose a team – Blue, Red or Yellow – only three options, making marketing leverage easier. The game loops in local marketing potential with PokéStops, where players can gather game-playing accessories and tools, and Gyms, where users can take their captured creatures to train and fight others. Real-world landmarks help earmark those spots. Currently, locations are seemingly random, but word is that sponsored locations are on the horizon, so stay tuned. (It’s already happening in Japan.) Other opportunities come from setting off “lures” at your business door. These ingenious, relatively inexpensive digital tools cause Pokémon to spawn at a frenetic pace for 30 minutes. In turn, luring Pokémon trainers – also known as potential customers.

So what can we learn from the Pokémon Go launch?

They didn’t reinvent the wheel. Pokémon Go uses existing technology in what feels like a completely new way. Your own smartphone, whether iPhone or Android. The familiar feel of downloading an app. Augmented reality, so no cumbersome goggles as would be required for virtual reality. Simple to use, even for the technophobes, creating low adoption barriers. Easy peasy.

They knew exactly who they were targeting.

Millennials were Pokémon aficionados from a young age, so they were a natural target for Pokémon Go. They loved the cards; they loved the cartoons. Chances were, they’d love a new-age game, especially with the addition of newer-age tech, which we know they love. Boom.

While creators say it wasn’t intentional (belied by the word “Go” in the name), Pokémon Go is perceived as a way to pry potatoes from the couch. The fact is, while many of us know we should be more active, actually taking that action is another story. When you can achieve that goal and have a little fun and interact with your local clime? Perfect.

They tapped into nostalgia.

America loves throwbacks right now, so Pokémon was a seamless fit into our psyches. A childhood game made for adults, with a technological touch that builds on the world around us? Natural.

Ready to give your marketing some get up and go? We’re already on the hunt. 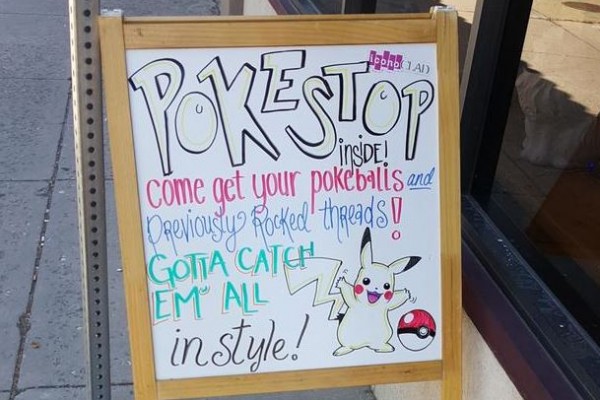